I’ve just returned from the wonderful Let’s Test conference in Sweden. The conference had many good talks, very wise and knowledgable people and lots of great discussions. Besides all that, games played a central role at the conference. For some reason testers, myself definitely included, like to play games. At several test conferences games are played and test puzzles are solved in test labs and workshops. I remember last years speakers dinner at the agile testing days turned into a massive riddle solving party. Let’s test however took it one step further. And I contributed with a new game: Spaceteam!Not only was there an awesome games night hosted by Paul Holland & Michael Bolton. They also facilitated a half-day tutorial on how to create your own game and there even was a track session by Christin Wiedemann and Martin Hynie on the science of playing games and how it might impact a testers brain.
So with my favourite games packed I went to Let’s test!

The main theme on testers games most of the time is pattern recognition. You either have to discover a pattern, like Zendo or the art collector card game, which was played by many and hosted by Paul Holland at Let’s Test. Or you have to recognise the pattern and score points doing so, like the almighty SET.
I however had just discovered a game that had a different theme. This games was about speed, team work and communication. 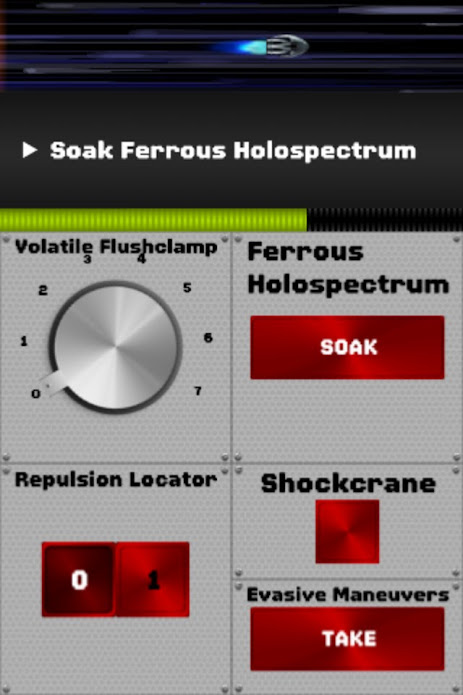 A game that I thought also was of value to testers. And so I had a mission: Play, share and evaluate Spaceteam.

Spaceteam is a mobile app that can be played with 2 – 8 players. The mission is to collaboratively fly a spaceship. On the mobile devices all players receive instructions and have a control panel. The instructions tell you what buttons to push or what knobs to turn. However, the instructions you get on your device may have to do with controls on somebody else their screen. The result: A shouting and button bashing party!
(Thanks Bill Matthews for filming a Spaceteam adventure!)

During let’s test I was involved in 3 spaceteam adventures. The first one was a brief play with Stephen Blower, which the next day led to the third play with Paul Holland and Erik Davis. (See above video) The 2nd adventure turned out to be a special one though. During games night I found Joep Schuurkes, Viktor Johansson and Cecilie Mosfeldt willing to be my fellow space mates. However, due to some technical issues Joep could not play (Sony phones apparently don’t like to play Spaceteam). Joep did stick around as an observer though. After we played it for half an hour we evaluated our adventure and observed what we learned from this game. Which took us an hour! So we definitely got on to something here!

What did we get on to?

Playing a game of Spaceteam shows, in a fast and fun way, how team dynamics work. It simulates to a certain extend how new software development teams start to work together. At first the team starts and chaos happens. Al team members need to find out what controls they have and how to communicate instructions effectively. The devision of attention is a challenge. Most of the time just shouting and pressing buttons will get you through the first stage, but soon the team realises that agreements need to be made to cope with the amount of work. This is what we evaluated after the first round:

Like ‘controls’, in software teams team members also need to find out their own, and each others, responsibilities and competences. Agreements need to be made as well. A retrospective and a definition of done might help to communicate these responsibilities for instance. And so we did in our game.
After some time we got the hang of it and concluded that the first two improvements worked. Taking turns however did not. We simply ran out of time. Simultaneous communication was needed. Multi-tasking was key. However with knowing each others controls multi-tasking became easier and instructions were no longer shouted into the group, but pin-pointed to a specific team member. The team became a well-oiled machine and could cope with more complex challenges.

The game get’s more challenging because more complex controls are added in new stages. There are actions where everybody has to do something at the same time (Astroids: Everybody flip!). More complex though are ‘symbolic controls’. Controls are no longer described in English, but by an unknown character or icon. Some of which are hard to describe.
In order to get your team to execute the instructions you need to be sure your fellow team members can recognise the same symbol. Conventions help a lot, but this does mean in some cases that people need domain knowledge in order to understand what you mean.

If I would give the instruction ‘Enable heartbeat’ (See control panel on the left) someone probably would figure out the right symbol pretty soon. However, the instruction ‘Switch Firewire’ probably would not be clear to everyone. Not everyone knows the symbol of Apple’s serial bus interface. In that case ‘Enable the symbol that has a circle that has 5 stripes around it, one of which is quite thick’ would probably work, but takes quite a lot of time to send and interpret. It might help if the team can find a ubiquitous language in this case. And that’s one of the things that is quite essential when it comes down to proper software development. And if that’s hard, the team should at least be aware that you need to speak the same language as your target audience. Something we also learned during Let’s test from James Bach’s tutorial ‘Describing what you see‘.

Spaceteam can improve your (test) team

By playing this game we discovered that chaos was better managed when you have experience and agreements that suits the team. Chaos then got converted into order. Does this sound familiar to you? It did to me! This is exactly why you can use Spaceteam in your team.
During our evaluation we actually discovered spaceteam can be a really fun tool to use in order to improve our teams. Here are some examples we discussed (or I thought of later on): 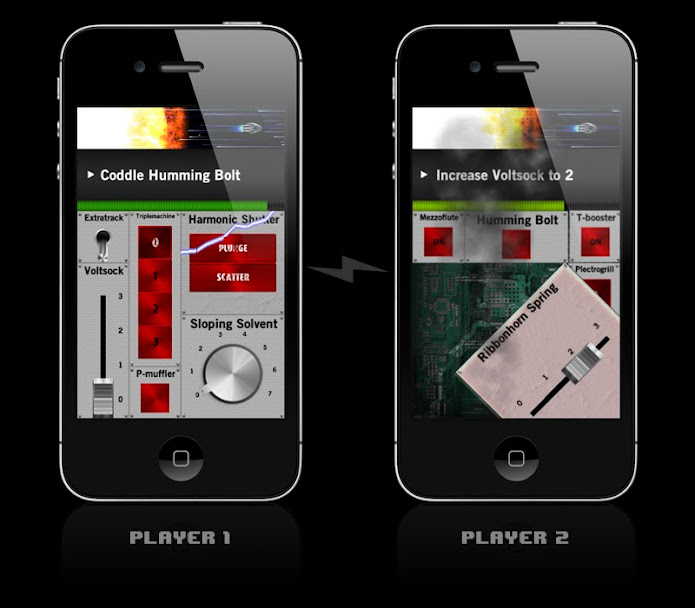 So if you have a team and want them to learn something on team dynamics or on software development try Spaceteam. From here on it’s up to you to lead your space cadets in to glorious adventures. Just take 15 minutes, learn something and have some fun!

If you have other interesting findings or ways to use Spaceteam or other tools please leave a comment, mail me or send me a tweet.

Bonus Video of our Spaceteam adventure